What is going on? People are going crazy, the news shows it on TV. "Dennis made a new blog update!", and it hasn't even been a year since last update. What the fuck?

Well it's because I don't have anything interesting to update. This might be the most boring update i ever did, for one because I am reposting a previous project, and for second I removed the boobies. Feel free to hate me.

I wanted to make a more realistic model, and I felt like it could use a lot more work, because the first model was very rushed. This is what I have so far. I will be working on the model and trying to optimize it, with the feedback. 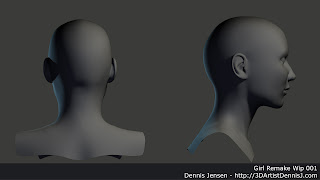 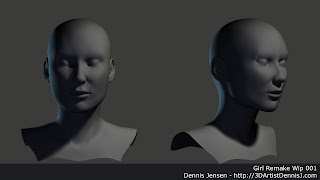 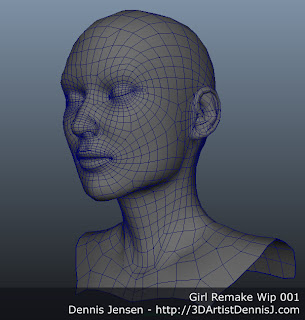 Out Of the Ordinary is out !!

It's finally out there on the inter web. I was the technical art director on this piece.

Out Of The Ordinary from The Animation Workshop on Vimeo.
No comments:

WTF? It's already November. This means that it's almost half a year ago since I last updated this blog. It's time for my half-a-yearly-blog-update. I recently finished my internship, which means I finally have some time on my hands to explore different things.

The last week I been working on a character I think he is funny, and quite cool. His name is Ripley, and he is part of a project I'm working on in my spare time. I had the chance to test out a new work flow on this image, which Adam Duff made a great tutorial on. Feedback is welcome, but I'm probably not going to change too much, because I already used way too much time on it. Still it's good to know for future pictures. Also I wanted to test out my Intous 5 Wacom (Yes you heard right ;D lol), the touch feature is still a bit weird to me, maybe I will get used to it. 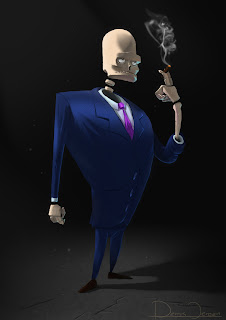 I learned a lot from this workflow, and that is the most important thing. I will try it out again I think.

Internship in Paris at Norman Studios

I had contact with Cinesite and Rise VFX about internship. But things got prolonged, and in the end nothing was really happening. To be honest I love VFX but my main interest is cartoons and feature film in that area.

So I heard a little bit about a project called "The Little Prince", which where being made in Europe. Directed by Mark Osborne (Kong Fu Panda). Which sounded really cool, but I didn't know how to get in contact with them. My coordinator went to the film festival in Annecy. And apperently she meet somebody from Norman Studios, and they was working on "The Little Prince" and an other feature called "Mune". When she got back from Annecy she asked if she should sent my showreel as well. Even though I was still waiting for response from Cinesite and Rise VFX. I didn't really hear everything she said because she was talking to my classmates, but I just figured why not. 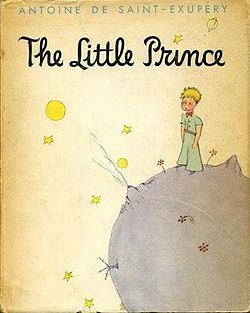 A couple of weeks later me and Bo, a classmate of mine, was selected for a internship at Norman Studios.

So now here I'm in Paris. Just to keep you updated. I can't show what I been working on, but both projects are really awesome.

Have a nice summer.

The pitch: "What would happen if the sun did not rise one morning? Or if the moon just ran off and forgot to light up the stars and the night sky? From the creators of Kung Fu Panda and some of the most charming digital animations of our times comes a magical tale of loveable Mune, the moon’s keeper, who fights to restore the world when the evil forces of darkness steal the Sun! He may speak softly and tread gently, but his love for the moon and the woman of his dreams turns him into the unstoppable hero he was meant to be! A heartwarming story for the entire family."
No comments:
Category: Animation, Animation feature, internship, Mune, The Little Prince

Out Of the Ordinary - Finished ! 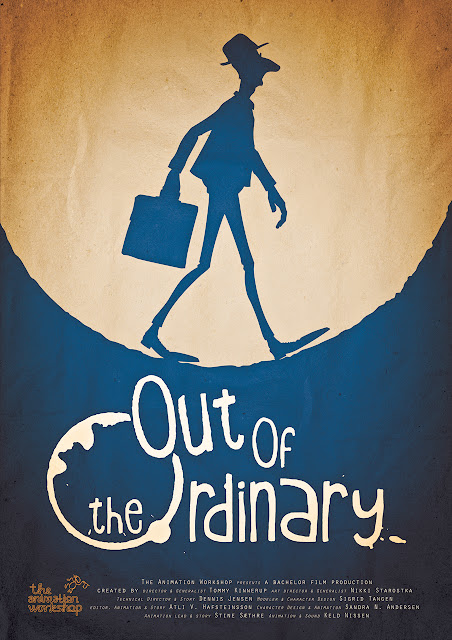 Click on the poster to see the production blog.

Almost 9 months of work is over. Hurray.... Time for cake and beers. It will be released around January 2013 (I will put up a link). I wont go into details about the work I did, because I'm gonna make a making of reel later on this year.

I will say that we were a lot behind in the end. We managed to light and render 37 shots, two man, in one week. Which I think was pretty damn cool. We also composited the whole movie in the last week. With help from three other awesome guys (Esben, Adrian and Mikkel).

Next up is internship. I will make a other blog post about that just to keep it clean.
No comments:
Category: OOO, Out Of The Ordinary, Shorts, Stills

Apes and other Humanoids - Sketches

Yes... I found some sketches which was presentable. So this is the best from a lot of other crappy sketches. I say crappy because I still have a lot to learn.

Normally I just go downtown or to the zoo (Potato/potato) with a black pen. I like one which is not too thick. And then I try to catch the people or animals in action. So a sketch takes about 1-2 minuts. Let me know if you like it :) 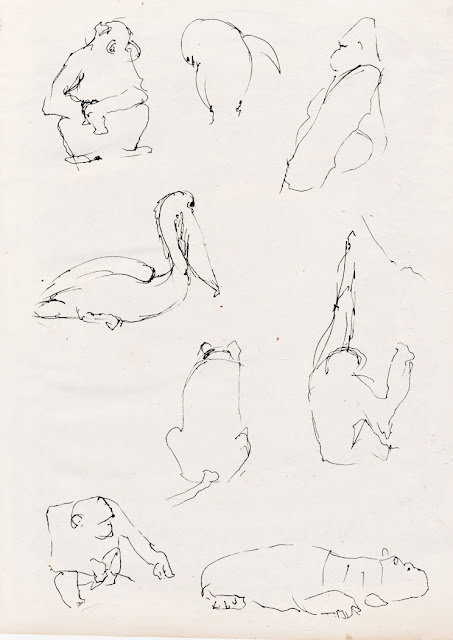 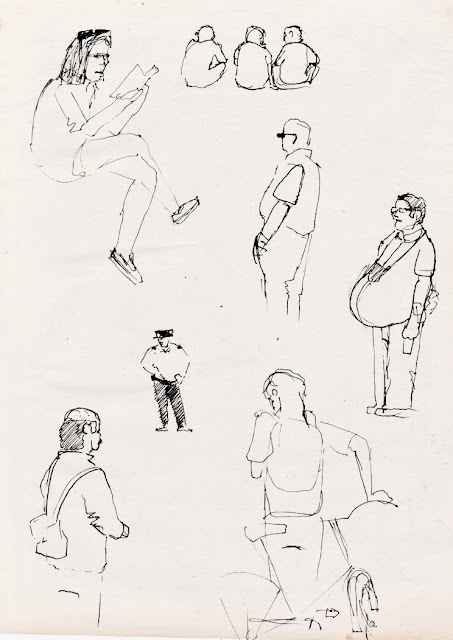 I know, It's really fucking stupid staying up untill 1.30 AM a monday night. But I just couldn't stop. I promised myself to upload a WIP today, even though there still is a lot of work, texture, shading, modelling and hair wise.

Wish me luck tomorrow morning I need it to get up :)

Doodles and Polygons is my main focus, but everything enhancing these two subjects will also be shown here.

My time spent on creative stuff is about 90 %, so going into what else I do wouldn't be very interesting, because its mainly eating and sleeping. But feel free to check out my other stuff.
My Portfolio
My Tutorial Site
The Short film I'm working on